I think that most people and Cats would agree that men’s rooms are not really very nice places, and definitely not places where one would want to linger, unless you are a policeman attempting to catch poor old Mr. George Michael in another weak moment I suppose. However just because men’s rooms are not very nice places that doesn’t mean that visitors should be expected to lower their standards when they enter them does it?

So would someone please tell the Taiwanese that! And if possible do so immediately! 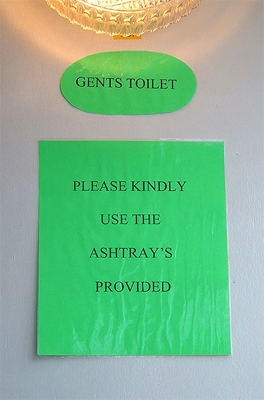 Mind you, if most Taiwanese are anything like the ones who used to constantly call my mobile trying to sell me something that rhymes with ‘rap’ then they probably wouldn’t listen. Their nuisance calls got so bad that in the end the only way I could get rid of them was to pretend that I was my brother and answer the phone with a sob then tell then ten times that I was ‘dead!’

They obviously are a bit hard of understanding in Taiwan because it took me that number of times to sob and blurt out the awful ‘truth’ tee hee.

Do use this tactic on unwanted callers if you are fed up with feeling like a sitting duck with a phone waiting for the next completely unsolicited and unwanted call because there is no other way to stop these dreadful people who intrude upon our lives.

The phone regulator that you and I pay for as a hidden ‘extra’ on our phone bill is desperately useless and usually the people making these nuisance calls have hidden or nonexistent numbers.

You can of course ‘improve’ their English by swearing at them but I have personally found on every occasion I have adopted that tactic that, because of their trade and the number of people who have sworn at them, you really have to stretch your vocabulary to find something new that they haven’t been called before and even that won’t shock them into not calling you in the future!

The Cat would like to wish Mr. George Michael a speedy recovery and tell him when he reads this that, “I like his tunes!” 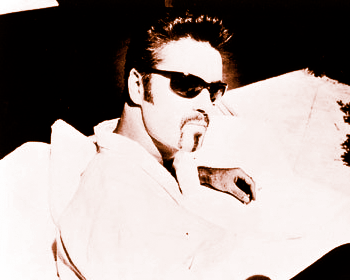