As you know I love signs and I love to share my love of signs with my dear cuddly readers, here is one of my favourite signs. It is Italian and is a perfect demonstration of the way that not every sign translated into English becomes a monster of the English language, no that only happens when the Chinese translate signs. 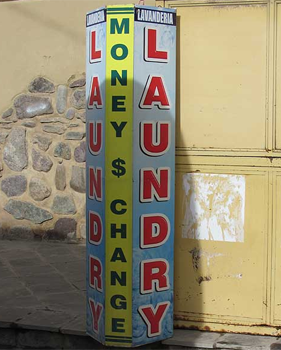 Speaking of signs, I heard of one just now, someone sent me a message about a sign they had just seen. The sign was apparently stuck to a large wheelie (trash) bin (under two pairs of spectacles) sadly my informant didn’t include a picture, but then the handwritten sign was in Czech so only a minute percentage of the population of the world would have understood it anyway, and of course I can’t be included in that tiny group.

Anyway the sign said “lost glasses” and was sitting next to two, yes two pairs of glasses, as you can see the Czechs are not great ones for the capitalisation of their words or indeed punctuation marks which is sad really because the statement could be just that a statement or a question. As in “look two gloat glasses!” Or “are these two pairs of glasses lost?” Or indeed “have you lost two pairs of glasses?”

Still who can fault a nation of such honest people, if this was England the glasses would have either been stolen, or more likely smashed by some moron, just for the hell of it.

The sad thing is that it is possible that the person who lost the glasses won’t actually be able to see the two pairs of glasses neatly balanced on the wheelie bin under the “lost glasses” sign because they might not have a spare pair of specs as it would seem that they have lost not only their main pair of glasses but their spare ones too.

What a pity, obviously June 12th is not someone’s day, I do hope that it gets better and he or she finds his “lost glasses”.