If you don’t know what Dog shaming is, then here is a little introduction.

When Dogs do something wrong, and let’s face it as a race they rarely do much right! Their owners chastise their dogs by posting photos of them with an explanation of their crimes.

Personally I think that Dogs deserve this outing! But what a good job there isn’t anyone brave enough to ‘out’ Cat’s for their occasional and very rare misdemeanours!

Here is Shadow (probably his real name) and an explanation of exactly what he did, shame on you Shadow! 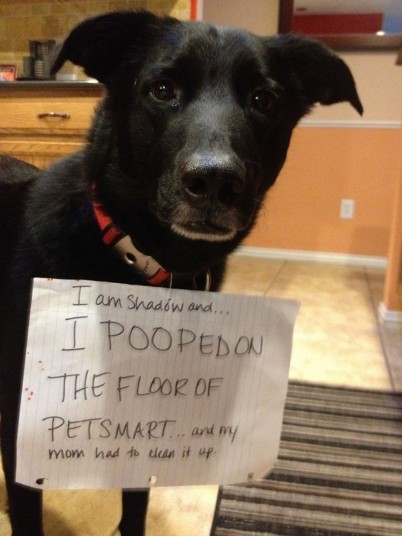