Mould and a bit of a butcher, hmm French cuisine at its best? 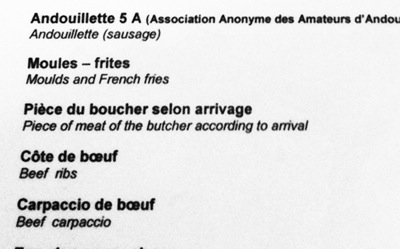 It does beg the question which bit of the butcher is going to be served does’t it? And the uncertainty of an arrival means that the butcher probably isn’t on board with all of this!

I have to say if I was a butcher I wouldn’t embrace the idea of hacking off one of my parts and dishing it up for din dins, would you dear cuddly reader? Although if you do, then I have always admired your ears! Just saying!