Dr. Sarah Ellis, a Lincoln University expert in animal welfare and behaviour, has concluded after a study of just 100 Cats that there should be a “One Cat per household policy for city dwellers.”

Well now I have heard everything. Don’t you just love it went an ‘expert’ tells us what we can, can’t and should do?

She goes on to say that people living in cities should only be allowed one Cat as over-population is destroying their confidence and independence. Apparently your Moggie is a total wreck if he or she lives with more than one Cat and, if you ever did, describes “Cats as the ultimate control freaks.”

I don’t think I like Dr. Sarah Ellis much do you? In fact I was so affronted by what this doctor said that I actually got off the window sill and conducted an equally ‘scientific’ survey of two Cats next door. 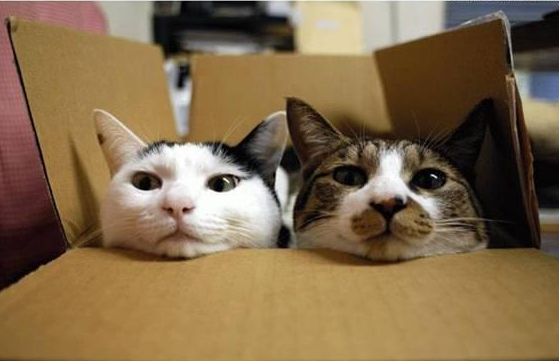 Larry and Pete said that, “they never felt boxed in by living in the city.” And complained that, “they hadn’t been asked their opinion in any survey, well except for one about Cat food but then that wasn’t particularly relevant and it was quite a long time ago.” Larry sniffed Pete’s ear and continued. “If anyone cares what we thought of the Cat food we didn’t like it anyway.”