Yes it was Floating Cheese from the Dead Sea yesterday and today it is another culinary delight I have happened upon! Wrinkled Potatoes which can be served with cheese I noticed, but sadly for all of you now addicted to the idea if not the taste of Floating Cheese. 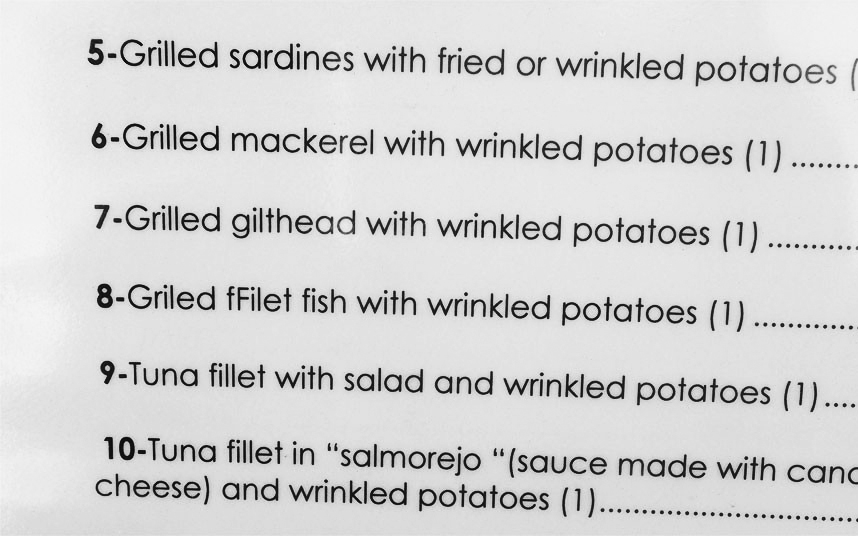 In Tenerife it would seem that the only choice is Wrinkled Potatoes! I think I’ll avoid Tenerife even though I have no idea just what a Wrinkled Potato actually is! Mainly because I don’t think I want to find out!

I do like the way the picture slants, it sort of gives the blog a 3D appearance. I wouldn’t mind appearing in 3D would you dear cuddly reader?