In the press release for the unending shambles that is the Commonwealth Games, England has been listed as being part of Africa! 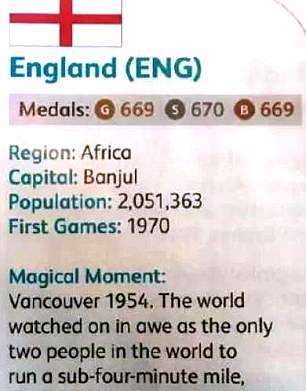 Is this a foretaste of what might happen to England after the UK leaves the EU? Without a doubt.

Still at least the UK can then crown Nigel Farage as King, he undoubtedly has the talent to rule the tinpot nation he helped create.