The British didn’t really begin travelling abroad for their holidays, and of course to complain about the heat, the food and the people at their destinations, until the late 1960’s but don’t be fooled by that late development they had been sharpening their prejudices and lack of imagination on their own country for hundreds of years before.

Here is what some Brits thought of marvellous Claerwen Dam while they were on holiday in Wales. 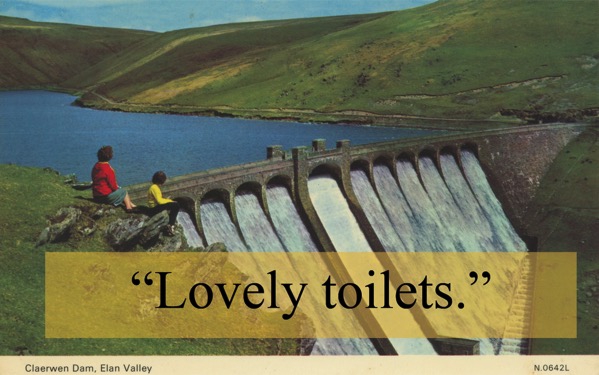