My dear cuddly readers will be pleased to hear that to celebrate the launch of the latest Amazon reader ethingy the Kindle Fire those ever so nice people at Amazon have released the ‘Kindle’ and other ebook versions of my latest and most wonderful book ‘The Cat’s Travelogue’ early which is nice. I just have to say that you will be pleased to hear that ‘The Cat’s Travelogue’ is coincidentally the best book I have written since my last one.

Not just to be content with getting a big head start on selling my ebook the paperback department of Amazon demanded equal rights to the ebook department and guess what you can buy either or indeed both formats on Amazon now, they have just told me I checked and it’s true – isn’t that wonderful.

So that means that if you want a copy of my latest book you can order it now and have it instantly, if you want the eVersion or, in a couple of days max if you want the paper one. And the good news is that you will beat those who have ordered it at book stores by at least a couple of weeks.

To make life easy for you I have added the links you are going to need to get my book from good old (some say) Amazon.com do go for The Cat’s Travelogue on Amazon.com or Amazon UK.

If you need a Kindle to read my truly wonderful latest book on then get a Kindle Fire here they are really rather good as well as being competitively priced I hear.

aren’t you lucky? This link will take you straight to Amazon.coms Computers

store for great prices, fast delivery and the same service you get when ordering my book. You never know they might even arrive in the same parcel that would be neat wouldn’t it?

If you’re ever stuck for a smile or need a laugh do go to China I promise it will cheer you up. I should know I went to China as p-art of my ‘research’ for my soon to be released next book ‘The Cat’s Travelogue – The Cat Against The World.’

China is not really a very nice place and it’s very polluted so I urge you don’t plan to stay long, but a short stay in any of the main cities that serve the West with the hard labour of their sweatshop style factories producing Computers, TV, cell phones and all of the rest of the crap that we think we can’t do without or any of the other cities that have dedicated themselves to parting Westerner’s hard currency. These cities are of course called known in China “tourist destinations for foreigners” show you what I mean.

China may be a dreadful place where the words ‘Cat’ and ‘Dog’ are menu items but you have to hand it to the hairy little sods their signage is second to know when you need to smile.

As the picture below proves the Chinese are really very odd and have a view on life that is alien to us Westerners what is happy grass! I ask you!

Ladies and Gentlemen I give you, along with that other ‘developed’ country India, the world leaders of the future!

There I knew you wouldn’t be sad for long and you haven’t even boarded your plane to China yet! 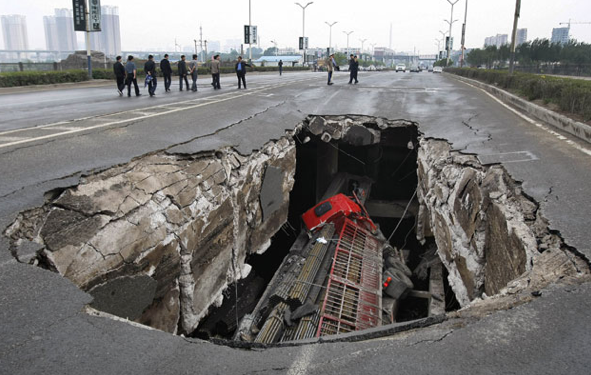