As the title says I like Le Mans the 24 hour race, mainly because it takes place in the dark which adds a lot of excitement to an already exciting racing formula, in fact I would go as far as to say that Sports Car racing is the most exciting racing around.

There is sadly one thing that spoils the 24 hour race for me and that is the sponsor of the website where you can watch the race.

Now I am not saying that a company who makes watches should sponsor such events, in fact it seems to make a lot of sense for a time sensitive race (24 hours in this case) should be sponsored by a watch maker, but maybe they should at least watch their presentation because this years coverage of Le Mans was spoilt for me by Rolex who again managed to do something crazy with their logo – which sadly is a watch! 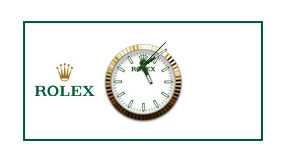 Isn’t that bad, or are Rolex watches prone to misplacing their hands? It is possible when you consider that these watches are only expensive because of the pricing policy of the company and usually contain similar parts to other less expensive watches, a bit like Apple computers contain the same Intel (etc.) parts as PC’s.

Oh and while we are on the subject of watches, who needs them now? When we have iPad, iPods and iPhones which all can tell us the time more accurately than most watches and don’t even get me started on the nonsense of iWatches and other wearable technology, what a silly idea all of that that is!