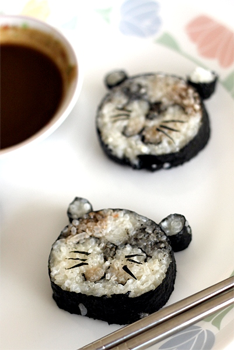 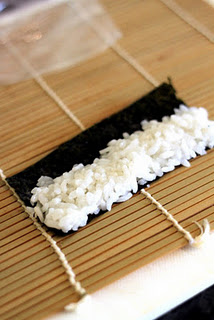 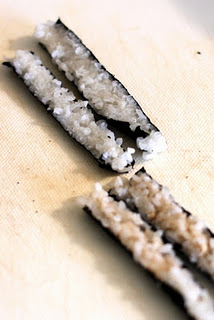 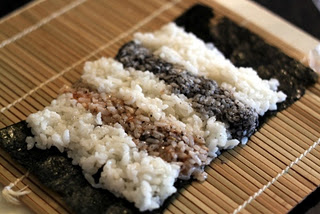 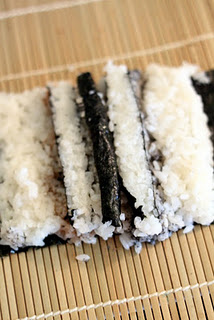 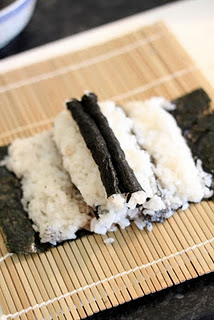 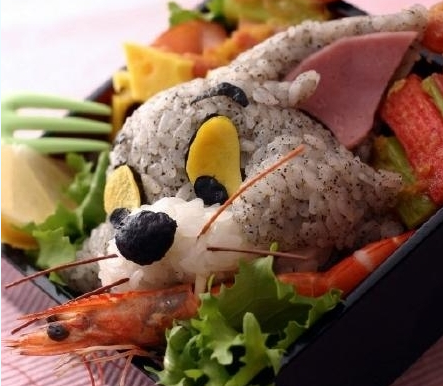 I think that the snow might be making me aggressive, what about you? Yes you? I am talking to you! Why are you ignoring me! Wanna paw sandwich – oops see what I mean!

So to take my mind off the cold and hopefully to become less aggressive I thought we should talk about one of my specialist subjects – fish!

Fish is or is that are? Anyway fish is always a great topic of conversation amongst Cats and as amazing as it may seem I have never ever run out of things to talk about when talking about fish in particular or in general.

It is true to say that the Japanese and I have a lot in common with our love of fish and in particular with our mutual love and of course respect for raw fish (especially cold raw fish) I have to say it is my favourite, and the way it feels as it slithers down your throat is… well it raises the fur on my back I can tell you.

Because I like fish so much you can often see me at Sushi bars fighting people who are not much taller than me for a Sushi roll or ten. Yes the Japanese take their fish as seriously as I do and have been known to come to blows where fish is concerned, but then so do other nations, have you got enough grey hair to remember the Icelandic Cod Wars? Iceland and the UK fought over fish with the same animosity as they are fighting over ‘funds’ now.

I do like Sushi bars as I mentioned by occasionally I get a little mesmerised by the food as it gets conveyed passed me, and on one occasion when I fell onto the conveyor belt I was selected as a ‘dish of the day’ by some Chinese tourists.

When this happens I can tell you it is not nice, which bring me to a point or two of sorts, first the Japanese eat too much fish and don’t leave enough for me, especially Blue Fin Tuna because they are becoming extinct poor things and secondly why do the Chinese tuck into Cat that’s what this good looking Cat would like to know?

Here are some facts that I think are just terrible, in Guangdong as many as 10,000 cats are eaten everyday! That’s not nice is it?

The trade in Cat and Dog meat in China alone is worth $950 million a year, and speaking for 50% of the menu I think that it is time to stop this and do it quickly!

Mind you I suppose if this was a fish’s blog then it might be focused on the amount of fish eaten each day around the world, now that sounds yummy – sorry ‘fishies’ that was in bad taste wasn’t it!