I can’t quite understand if they don’t like giving gifts in the Ukraine and so would like to end the practice by “exterminating” it or whether the gifts advertised below are to be used for the purpose of exterminating the people you give them too. 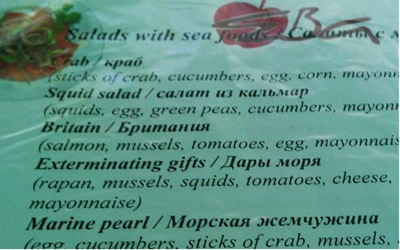 Life can be so confusing if you study humans! 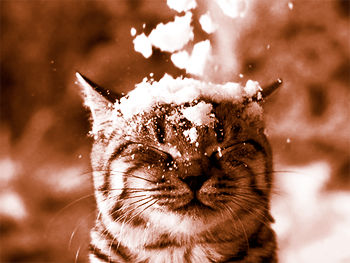 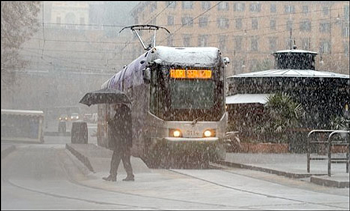 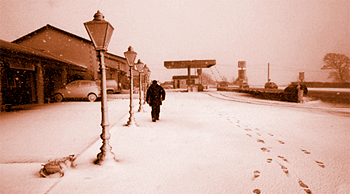 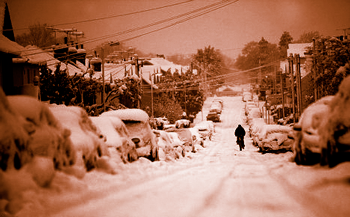 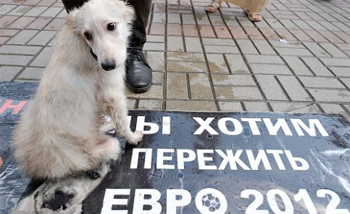 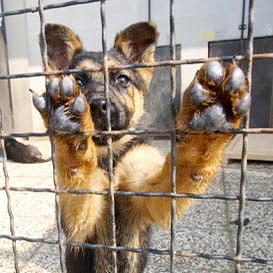 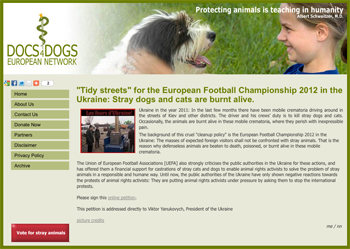 This clever Cat knows that you all like my sign pictures because when I post them the sales of my wonderful book seem to rise – it could be coincidence of course but just in case it isn’t I have found too excellent signs just for you and if you feel like buying my masterpiece of feline literature please don’t let me stand in your way just click here Amazon.com or here www.thecatsdiary.com my book makes a great Christmas present for someone you really love of course hint hint.

These signs are brought to you by two of my favourite English language muggers the first shows that the state controls everything in China in a very confused way of course.

I wonder why you would want to catch fish in private then have a romp in the water? The chinese are not only authoritarian they are weird as well!

The second ‘sign’ is from a menu from a small café in the Ukraine and describes a dish of a mother in law as far as I can tell I bet she isn’t any “illusion appetizer don’t you?