As you probably know I currently live in Prague the capital of the Czech republic and that is because it is in the middle of Europe and it easy enough to hop from one country to another being thoroughly fabulous and star-like. It is also cleaner, cheaper, better looking and safer than London but that is beside the point!

Unfortunately Prague living does have one or two disadvantages the main one apart from the fact that the Czech republic is an atheist country whose people believe that their cleanliness is next only to their godliness – sounds funny you should get a whiff of the people and not only the men!

Anyway this Cat is digressing when he should be digesting after having had his lunch and so he will get to the point – “thankfully I hear some of you say at the back, well my advice stay at the back! What has grabbed my Goat today and actually ever since I arrived in Prague is the standard of their vegetables. 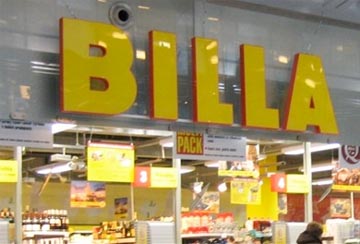 Now this may sound a little odd for a Cat to mumble on about poor quality vegetables, and indeed fruit as well especially Lemons in a land famous for Lemon Tea no less, but and it is a great big one, but, I’ll say it again because it is so big, but the supermarkets here are like fascists and most German to boot and they seem to be only in favour of making ever larger quantities of cash and not bothering about the quality of what they sell to the in-the-main drag general public.

It also gets worse when I tell you just how these supermarkets treat shoplifters, yes before you say anything these shoplifters are filth and I am sure they make what you and I buy with our hard earned even more expensive than it already is but what I saw the other day really made me sick.

Some frail old lady, in sea blue old lady coat, with probably less than a couple of crowns to rub together was seen putting a bottle of washing up liquid into a back pack and not her shopping basket, silly old fool.

I know that was what she did because I watched the young greasy haired un-uniformed store guard – floor walker type as he watched her through a pile of cans of tomatoes, which were on offer, where he was hiding.

Well I thought no more about all of that bizarre behaviour though I couldn’t get the nasty grin that the un-uniformed store guard had on his face, until that is, I got to the check-out and unfortunately had to witness this poor woman pay for the odd two or three things in her shopping basket and then be grabbed by what looked like two black jean clad bullies who managed to give a whole new meaning to the word “man-handling” as they dragged her away to a small office for what might have been a beating I didn’t know what these bullies might do in private they seemed vigourous enough in public.

Worst of all I was not in a position to say anything because the bullies and the silly old thief of an old lady only spoke Czech – a language I refuse to even think about mastering – on grounds of stubbornness.

But the experience did make me think a few things the first is that the old lady was wrong of course, the second was that the un-uniformed bullies used too much force and the old lady should sue them for the bruises that they probably inflicted on both arms the proceeds from which would allow her to buy enough washing-up liquid to last her the rest of her life and hopefully a few more things as well.

However the main thing that this experience did is to allow me to think about crime, supermarkets and vegetables.

And here is what I have been thinking about! When I visit the states and go into a supermarket I can more of less guarantee that the ‘produce’ as the dear Americans call it is fresh, big, tasty, well presented. refrigerated, where necessary, and often even in some cases sprayed with a fine mist of water every so often to keep the ‘produce’ looking tempting to the consumer.

In England where I come from most supermarkets take pride in their “fruit and veg” department as they call it and though in the main the quality is not as high as American it is good and the “fruit and veg” is kept fresh and is therefore just like the American “produce” it is eminently edible after all that is why we buy it to eat it, if we eat fruit and vegetables that is.

So why do supermarkets in the USA and UK bother to keep things fresh and the ones in the Czech republic and frankly quite a few countries within vomiting distance of here, if you get food poisoning from the rubbish that they sell – simply it is because informed shoppers insist on quality unlike Czech shoppers and that means that three of the biggest supermarket chains in the Czech republic offer a lot of substandard produce, which is very rarely chilled or cared for in a way that would lead you to describe it as edibility let alone eminently edible.

When shopping in Prague I regularly pick up Onions that are off, and the same applies to Potatoes and Carrots. This is especially true if these vegetables are in plastic bags because they are either kept in a climate that encourages the bags to sweat or the produce is packed wet all of which makes the rotting process accelerate.

Ok I hear you say “produce/fruit and veg in the Czech republic is crap – move on to your point for God’s sake!”

Well here is my point and I apologise for it taking so long to get to. If the supermarkets such as Tesco, Albert and in particular Billa (where I witnessed the bullying) arrest, man-handle and generally treat shop-lifters who steal from them so badly what should their customers do to them? Because they are selling us food that is fit only for compost and isn’t it theft or something serious to sell goods under false pretences or misrepresentation I think so or indeed not fit for human consumption let alone choosy Cats, I think it most definitely is, we here are in the EU and the EU has a rule and law for everything.

So if you come to the Czech republic avoid the aforementioned supermarkets if you can and if not check your purchases of fruit and veg very carefully before you buy them. Or you could end up like me not only annoyed with the supermarkets inability to sell merchantable food but also sick. Yes I got sick sometime ago and when I went to the Docs (I try not to use the Vets) they took a sample of err how can I put this um, they took a sample of something that I no longer had a need for.

Then they sent it away for testing in the Public Health Lab, a lady called me a few days later and happily spoke English she told me I had food poisoning – she was obviously an expert I could tell, but then she asked if I had been in contact with Dogs, me! In contact with Dogs? It was clear that this lady didn’t know me. When I asked why she said that the bacteria that cause my food poisoning had come from Dogs, I stopped her before she said anything else that would really make me sick, or sicker than I was already.

I had only eaten food from the local Billa and I it had cooked so I shudder to think what on earth they had done to it when it was in their care.

One last observation regarding vegetables on sale in the supermarkets of Prague is a brand of Carrots that are called Mrkev – it is apparently what Carrots are called in Russia, but I started calling them Mr. Kev which is sort of the way the packaging reads and it stuck with the English speakers I know here tee hee.

By the way one other thing that check-out proles do here is to scan items twice which means that you pay twice for the same item – surely that is also a form of shoplifting that just happens to go in the supermarkets favour – it is about time we the general public called the Police when tis happens isn’t it?