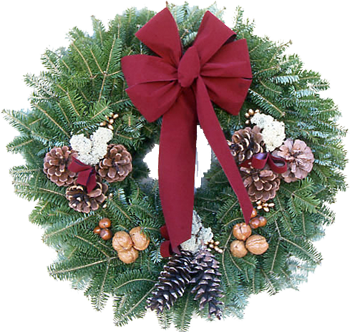 So as in most households over the world the presents are wrapped, the tree is dressed and is twinkling and makes strange robotic Christmas Carol sounds, the vegetables stored, most of the chores are done and the Turkey is looking decidedly worried and keeps checking the calendar.

We, it would appear are ready for Christmas and that means that we have a few guests here at Cat World HQ and a place will be set at our table of a few good friends and of course some of the relatives that either no one else will entertain and indeed they must have came up with much better excuses for not inviting to their Christmas lunches.

It is at moments like this when you are surrounded by family and friends that Cats like me want to escape, but unfortunately that’s not always possible and so one has to get on with it – Cats can’t grin and bear it because ‘grinning’ is very much like smiling and that of course as I have explained a few times on my wonderful blog and in my peerless masterpiece of feline literature, ‘Getting Out – Excerpts from a Cats Diary,’ is because ‘smiling’ and don’t forget ‘grinning’ makes Cats look sinister.

So before I lose the plot and the point of this blog I would like to just take a moment to thank everyone who has bought, read and liked my book and been kind enough to leave such nice comments about it and of course done the same with my blog.

I would also like to thank all of my fans for so much because I know the best way to show appreciation these days is with loyalty and last but by no means least I want to mention my ‘special’ but never retarded friends, Ginger, Dave the Cat and Bert the Black and White Cat who individually and as a rather shabby group make me smile when I report to a wider world the things that they do. Each one has a special place here at Cat World HQ the trouble is that they won’t stay in it.

It is possible that I could go on forever thanking people and patting them on the back, massage a few egos and generally sound all smarmy but I think I will save that for my Oscar speech because I have just thought of something that happened years ago, it made me laugh and I hope that it raises a smile with you.

Back in the days when television wasn’t quite tuned in properly and the pictures always seemed to be in black and white I was minding my own business dozing lightly on the arm of a sofa thinking to myself that someone aught to tune the TV in properly so that the picture was in colour when a Dog race started and I forgot all about the complaint I was going to make.

I was transfixed, here before my eyes was the perfect use for Dogs but as with all things Doggie after a few minutes of barking and racing around a track trying to catch what was obviously an ‘electric bunny’ and never going to be caught I started to lose interest. 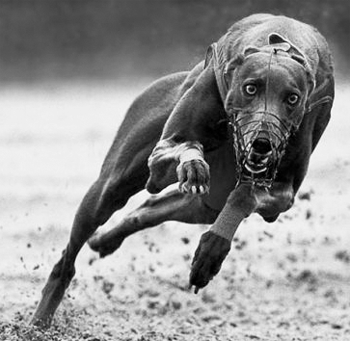 It might have been minutes or hours later, I am not sure, but when I woke up the races were over and a winner had won something called ‘The Grandstand Greyhound Cup’ which was odd because even in black and white I could see that not all of the hounds were grey. Oddly enough appears to be a sort of race of superfast racing Dogs and not a description of the colour of their fur

As with all sporting events it wasn’t the winner who was being interviewed it was the trainer, but then an interview on live TV with a Dog might not be as funny as what happened next.

The trainer of the winning ‘Greyhound’ was doing what trainers of athletes, no matter whether they are human, equine or canine, do – he was taking all of the credit. But this trainer had several handicaps, he was overcome with emotion, he was on live TV and he was Irish.

When asked the question “I suppose you have a lot of people who you would like to thank!” – which of course wasn’t a question, the trainer’s mind either went blank but he was being ‘interviewed on TV’ and we all know that if someone points a TV camera at you, holds out a microphone and asks a question they they must be important and deserve an answer if you don’t believe me just ask a TV reporter or interviewer they will tell you they are.

So with the glare of the TV lights on him and the Greyhound loving world holding their breath to hear what the trainer had to say, he said.

“Yes that’s right I have a lot of people to thank!” The interviewer wanted more though and waited patiently for the trainer to continue – he didn’t and a few glorious embarrassing seconds of live TV ticked by.

The interviewer cracked first as the crowd around him surged and swelled. “There must be one person who you would like to thank above all!”

“Yes that right there is!” Replied the trainer.

“One person who you owe it all to.” It was clear that the TV interviewer knew more about this mystery person than the trainer.

The trainer closed his eyes for a moment in what might have been confused as thought to the causal viewer but was really due to another surge from the crowd of people surrounding the cameras wishing to be filmed on live TV.

Suddenly the trainer remembered that he indeed ‘had’ to thank someone special, someone in particular for his success which is just what he did next.

“I would like to thank someone very special.” It was obvious that he had started the sentence well. “That someone has ensured that we were successful tonight.” He paused. “That special person is why we are here now.”

The crowd were excited they wanted to hear who this very special person was, millions of TV viewers held their breath and the interviewer pushed his microphone closer the the Irishman’s lips.

“I would like to thank that special person for everything he has done. I can’t remember his name at the moment but I owe everything to him.”

Can you imagine Johnny Depp or Kate Winslet at the Oscars or Ange Jolie or little Brad Pitt at some fashion award ceremony giving a speech like that? Of course not, but then those simple uncomplicated days of black and white TV are gone forever and that is a little bit of a shame because memories are like the stars that make them these days ‘instant.’

Happy Christmas to everyone I hope to keep you all smiling and laughing for a long time to come.

The Cat is one of the most successful feline authors in the history of Cat kind, his sharp elegant wit has produced the bestselling book ‘Getting out – Excerpts from a Cat’s Diary’ and of course the much plagiarised gag of the same name which appears on all of the funniest joke sites on the internet such as.