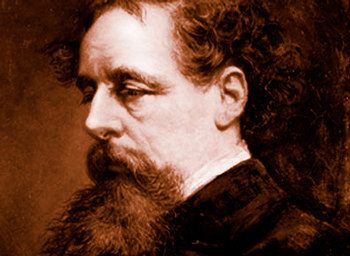 Well to be perfectly honest with you I wouldn’t know what it spells unless I had just read it because when people shout out things like that at pop festivals, football matches political rallies and other disreputable places I get all flustered and forget some of the letters that have been shouted out and so before the end I am all confused and consequently shout out completely the wrong word, which with Charlie’s last name could have all sorts of dreadful consequences couldn’t it.

But I just wanted my dear cuddly readers to know that I haven’t forgotten that the Charlie above is 200 years old except for the fact that he is of course dead and he can’t actually ‘be’ 200 years old that would be impossible, but the anniversary of Charlie’s birth was yesterday.

I have to stress I didn’t forget, oh I have already said that so let me rephrase that I have to say again I didn’t forget that Charles Dickens is 200 years old even though I am a day late celebrating and there is a good reason for being a day late.

First as you will know if you have read The Cat’s Diary – “Getting Out Excerpts from a Cat’s Diary” I don’t really like ‘Dickens’ the word used to describe him and his work and secondly if I had been celebrating his 200 year thingy yesterday I would have been doing it with all the other morons like Google with their pretentious doodles, prince Charles who visited Dicken’s tomb, a odd thing to do on the anniversary of a chaps birth you might think but he could hardly have been asked to go on tv and talk about his vast knowledge of Dickens work could he? In fact very few people could do that because Dickens work is these days something that is referred to a lot and rarely read.

One of the reasons for that is that there is no need to actually ‘read’ Dickens because his stuff appears so often on the tv and in movies, and one of the main reasons for that is not the great stories but the fact that the production companies don’t have to pay royalties to use the stories, another reason is that the author has been dead so long there isn’t anyone to complain about the treatment of the author’s work and in film and tv both those points make for a win win situation.

Lastly with the above cheer in mind I can wait for the birthday of Country Joe from Country Joe and the Fish/Woodstock fame can you? N.B. I am afraid that you have to have lived through the late sixties to understand that little jokette tee hee. 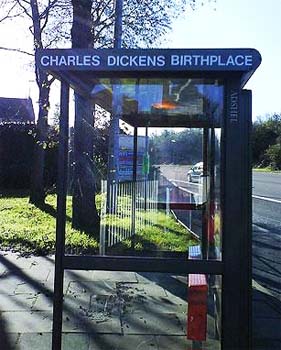