I am sorry if the title of this blog causes any alarm or confusion, the reason for the alarm is obvious but the confusion might come from the title itself “Look what I saw crossing Red Square last night.” I was in fact crossing Red Square as well as the Rocket on the transporter and the title may suggest that only one of us, the bigger one was! 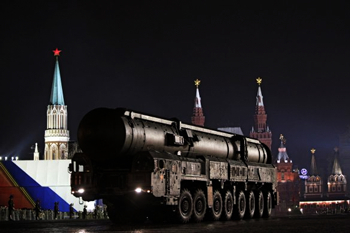 Now you have to agree, unless you are like Saddam Hussein, George Bush, Tony Blair and Colin Powell very impressed by Weapons of Mass Destruction or WMD (which oddly enough like the names of the people mentioned here we don’t hear much about these days), you have to feel just a touch of panic when a beast carrying enough explosives to ruin breakfast in half of anyone’s continent comes trundling towards you in what is I thought a tourist spot.Especially when the driver of the behemoth can’t see where he is going because the Russians spent all of their money on the rocket and almost nothing on the headlights!

I did panicking proud as I raced between the wheels of this trundling monster and headed back towards my hotel at approximately the same speed as the rocket the transporter was um… transporting could do if some idiot in a concrete silo somewhere pressed the red button.

After I dived into the hotel and the fuss of me being ‘missing’ was over, to take my mind off the episode my hosts asked me if there was anything I would like to see while I was in “Mother Russia?” I was probably still thinking about my earlier encounter with the big beast crossing Red Square and so I asked, quite reasonably I thought, to have a look at the Plesetsk Cosmodrome and that I have to say caused quite a storm.

Apparently and this is between me, and the hundreds of thousands of people who read my blog of course, and so confidentially ‘safe’ as MI5 call it, my ‘minders’ as they liked to call themselves when they thought I wasn’t listening didn’t like that little cracker of an idea one bit and seemed more miffed than they usually were.

Later I worked out that mentioning the Plesetsk Cosmodrome was not good form because just a month ago a former chief test engineer called Lieutenant Colonel Vladimir Nesterets from the Plesetsk Cosmodrome had admitted selling top secret data on Russian intercontinental ballistic missiles to America… whoops! And had been sentenced to 13 years in a Russian clink. 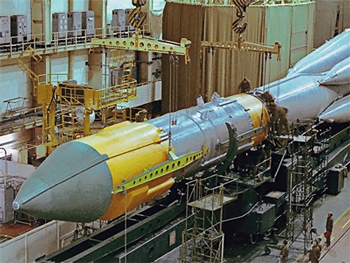 Well all I can say is I hope that the Americans paid him a lot of money for his secrets because let’s face it the hotels in Russia are like prisons so what, you have to ask, are the prisons like?

Sadly my request was turned down. The official reason being that the Rocket Base was just too far North and the unofficial reason was that my FSB (exKGB) (I never realised that letters could be so dangerous) minders thought that I was a rotten furry capitalist pig spy working for any number of imperialists governments.

I have always thought that it was strange that the Russians back in the old cold days thought of us westerners as ‘imperialists’ and not themselves as their empire stretched farther than even Gary Power’s spy plane could see from the ‘stans to Poland and everything in-between. The ‘stand’ are of course Uzbekistan, Kazakstan and the rest which are all really rather Stinkystans if you ask me!

So I have a feeling based on last night that my visit to Russia is going to be truncated which is probably best for both parties though the seafood is excellent it doesn’t compensate for either the weather or the lack of jolly company I even miss that great oaf John Woodcock my translator believe it or not and I thought a trip away from that fool would be wonderful, it just goes to show that even Cats can be wrong.

Mind you and as always I have found the people who have attended my book ‘pawings’ (or signings if you prefer) to be wonderful, happy and smiley and all of them to any Olga or any Vlad have patted me on the head, bashed me with their designer watches or gold bracelets the size of a small cars and thanked me for a book that I have recently realised they won’t be able to read.

Between you and me rather too many have been moved to kiss me on the cheeks in spite of my fishy breath which is probably more fishy than usual as I keep a pot of Caviar next to me while squeezing the flesh and glad pawing the punters.

Amazingly I have become a fashion icon and my book “Getting Out – Excerpts from a Cat’s Diary” a ‘must have’ for the rich and stupid. Just like Hugo Boss, Giorgio Armani and all of the great confidence trickiest of the age I have become iconic in my case a literary icon, but still one an icon that can move vast amounts of ‘product.’

Outside the shops I have been to in Moscow my personally ‘pawed’ books have been changing hands for hundreds of thousands in hard currency, footballer style Bentleys, Lamborghinis and other Richmobiles turn up at the kerb and flunkies who have queued all night hand over my book wearing gloves to excited Oligarchs and their trophy wives.

It’s incredible, though I am not complaining, what people will do when they are told or there is some sort of viral rumour that something is “wonderful” even though they might not see it themselves. But then that’s how fashion works isn’t it, a couture house gives one or more fools some of their frocks and the next thing you know everyone wants one, and it works even better if those fools happen to have found themselves (by accident surely) on the Time Magazine 100 most influential people in the world just because one of them married a British Royal and the other is her sister. I ask you what is the world coming to when out of all the influential people in the world who actually have meaning and influence their are two such airheads on a list like that?

Mmh I wonder who it was who posted this picture on a lot of Russian website of Middletons with a copy of my book in the hand of the newly wed? It seems as though someone has perpetrated a terrible ruse – or should that read terribly successful ruse still fools are easily parted with their money and no one said that Russians Oligarchs are intelligent did they? They are just friends with the more than dreadful Pres Put… 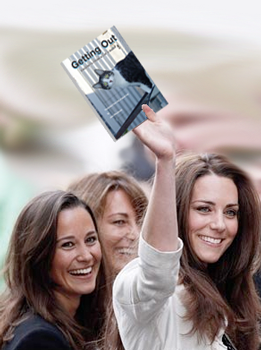 Of course I wouldn’t want to use President Putin’s name in full here use in case their are reprisals I don’t fancy being prodded up the bum with a poisoned umbrella by one of his ex-KGB pals as I mind my own business being wonderful and famous do I?