Correct me if I am wrong but are more and more movie studios greasily sliding onto what they obviously see as the lucrative bandwagon that is animation, all with rather substandard productions, and worse it seems the are all choosing to join the 3D animation bandwagon which begs the question what will happen to the rather wonderful but sadly ‘ordinary’ 2D animation?

Yes this weekend I went to see Ice Age 4, a disappointment of a movie in 3D that even Sid the Sloth couldn’t rescue with his usual humour, despite a rather novel encounter with his wonderfully negligent parents. 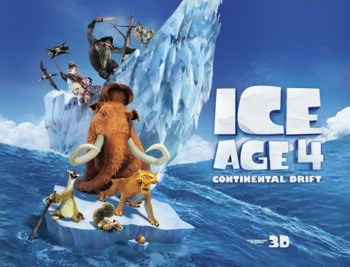 To my way of thinking too much time in this confused movie was devoted to ‘amazing’ 3D effects of landmasses sliding over each other, not that these effects weren’t impressive of course, it’s just when you’ve seen one landmass slide over another the rest gets just a little tedious.

Maybe that is the trouble with modern day ‘Pixar’ style animation. Producers, writers, directors and teaboys in charge of these enormously costly productions think that they are compelled to include ever more startling special effects at the cost of… oh things like storyline, comedy and even relevance!

You never saw much in the way of special effects in Daffy Duck, Wile E Coyote or Bugs Bunny animated productions. Just a lot of gags and a bit of madness. Oh how I miss them these days and cringe at the announcement of the latest animated feature production especially when it is in 3D – when will they get that right? 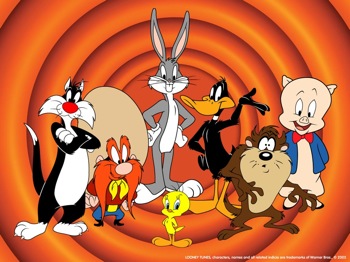 There was one good thing about seeing Ice Age 4 this weekend though, I saw a trailer for Universal Studio’s first stab at making a large pile of cash from animation. It was called ‘Paranorman’ and if the trailer – where they include the best bits I believe – is anything to go by then we should all give this awful 3D turkey a very wide berth indeed.

Come on Disney, Fox, Sony to say nothing of Dreamworks please at least try to make a 3D animated movie that is entertaining and makes the audience laugh and not leave the movie theatre looking sheepish and embarrassed for having wasted so much time in the dark.

Here is just an observation about the Apple IOS 5 it recognises the made up word that is the part of the name of ‘Pixar’ Animation and not only auto-suggests it when you type one fingeredly on any iPhone, pad or Pod’s cramped keyboard but will also auto-correct a misspelling of the word ‘Pixar,’ but does not do the same for the made up word that’s the name of a competitor ‘Dreamworks’ really Apple how banal is that?

Finally, imagine my surprise, shock and horror to discover that Peaches, the daughter of Manney and Ellie the Mammoths in Ice Age, looks like a friend of mine! No I don’t think I am brave enough to say who though! 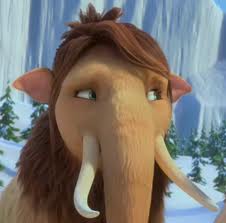