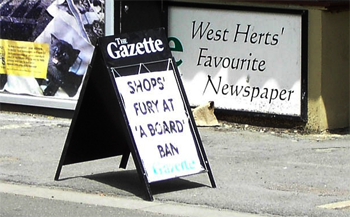 No I the sad thing about this ‘A’ board is the fact that it appears to be announcing its own demise, which must be a terrible thing to have to do.

I wonder what the poor have little ‘A’ board will do next? Probably become a Pixar movie, they all seem to be getting a little alike these days if you ask me and the ‘A’ board looks a bit like ‘Wall-E’, but then I have to declare an interest in the quality of 3D animated movies, I want to make my own and need shed loads of cash, but nowhere near as much as Pixar, Disney and the other studios seem to spend I have to say.

It crossed my mind the other day that there is something wrong with the size of 3D animated and indeed 2D animated movies especially when I heard that mine would cost a mere $30 million.

Now I am not saying that $30 million is peanuts, that would be stupid and only worth of a Dog, no it is a fortune, but in comparison to what Disney, Pixar and Dreamworks claim to spend on their movies it’s one third yes you read that right, which all goes to show that my movie is going to be incredible value for money and better still I can make two more for the price of ‘Brave,’ ‘Shrek,’ ‘Tangled’ or any of those other ‘winners.’

Who knows if the trend I am setting catches on you might get cheaper Movie Theatre seats and less expensive Popcorn – who said I am only dreaming?

Actually I don’t think I am dreaming, surely anyone making a movie should get paid for its success and not as the case seems to be these days for ‘making’ the damn thing, this sort of thing leads to too many real turkeys getting through the wire doesn’t it? Which means that worst of all, you the movie going public, pay the best part of a couple of days wages to take your kids and some of their friends to the movies and fill them up on all of the over priced goodies available in the foyer like the aforementioned Popcorn, Nachos, Hot Dogs and then cold drinks to say nothing of Pick’n Mix.

Did you know that ‘foyer’ in French also means ‘hearth’ which frankly is where a lot of 3D animated movies should be consigned too, except mine when it is finished of course.

For a limited time only, as they say, you can help with what has been described as the best Kickstarter project ever, namely The Cat’s 3D Animated Movie Project.

Yes that’s right if you click here MY KICKSTARTER PROJECT you can help yourself to a piece of what will be movie history. I’m making a trailer for my up coming movie and I really need your help! Give as much as you like for wonderful and valuable rewards.

Sadly we live in a suspicious world so if you send this link to a friend you might like to use this one to show that there isn’t any funny business involved, there never is on my blog or site but then only you and I know that don’t we!

They can paste it into their browser and go straight to my 3D animated movie project page on Kickstarter. 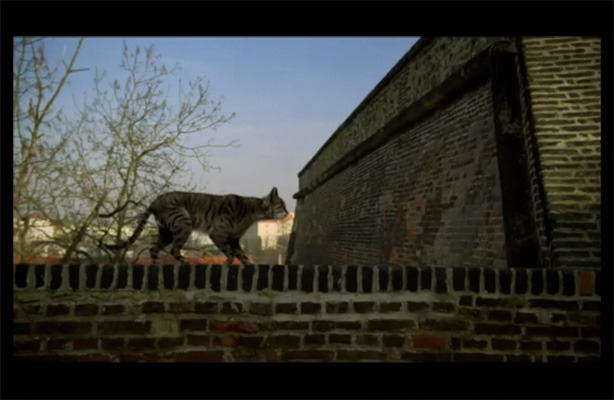