The longest word in the German language is about to disappear! That’s right grab a hanky and wave goodbye to ‘Germany’s longest word – Rindfleischetikettierungsüberwachungsaufgabenübertragungsgesetz’ because soon, all too soon some say, the 63-letter long title of a law regulating the testing of beef, will officially ceased to exist.

“How can they do that?” One might ask and the reply probably would be, “what do you mean?” “Be daft enough to have a language that allows a word that is 63 letters in length or just get rid of a word overnight?”

And the answer would be! “Who cares?” This Cat is confident that the drawn hankies will only be used to wave goodbye and not need tumble drying after saying cheerio to this bizarre word, because all of the eyes in the audience will be dry.

Here is a reward for trying to get your tongue round this idiot of a noun ‘Rindfleischetikettierungsüberwachungsaufgabenübertragungsgesetz’a picture of something you probably would prefer to get your tongue around, to say nothing of your teeth into! 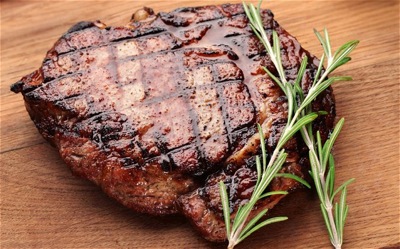 I am confident that this juicy chunk of “Rindfleisch” pictured above (or beef steak to us normal people) was fully inspected and approved by the people working under the ‘Rindfleischetikettierungsüberwachungsaufgabenübertragungsgesetz’law.

Happily the longest word ever to have been dreamed up by the tortured minds of the Germans ‘Donaudampfschifffahrtselektrizitätenhauptbetriebswerkbauunterbeamtengesellschaft’ is no longer used, which is not to say that the ‘Donaudampfschifffahrtselektrizitätenhauptbetriebswerkbauunterbeamtengesellschaft’ or ‘Association for Subordinate Officials of the Head Office Management of the Danube Steamboat Electrical Services.’ has ceased to exist they just call themselves the ‘ASOHOMDSES’ it is for you dear reader to decide if that is better than an 80 letter word of course.

Mark Twain was right when he said that. “Some German words are so long that they have a perspective.”

All of which makes us English speakers just a little wanting in the long lettered word stakes the longest word in the Oxford English Dictionary is ‘pneumonoultramicroscopicsilicovolcanoconiosis’ and at a mere 45 letters is a bit pathetic especially when you know that a word that was ‘created’ especially to describe a disease and didn’t enter the language in the way that ‘normal’ words do.