I have to say that I really, really loathe designer ‘things’ whether they be watches or sequinned underpants and happily can announce that I have never owned anything that is the product of an accountants over active imagination!

Why an accountant’s over active imagination instead of a designer’s I hear you ask? Well that’s simple ,only accountants are able to consider the ridiculous profit margins achieved by ‘designer’ products.

Companies who sell designer products try as hard as they can to persuade people that their products are somehow so much better than most others, but disguise the fact that they are almost definitely going to be made on the cheap in China or Bangladesh.

Still the above doesn’t have anything to do with the picture below, from a shop in Turkey, because at least the shop owner here was being honest! 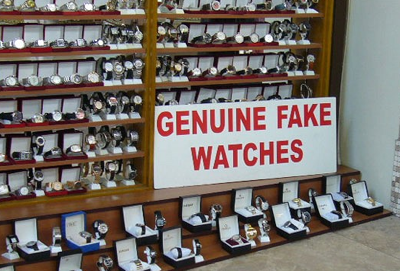