At the end of November 1949 a hero sadly, tragically, but peacefully died of his wounds! His name was Simon and he was the Ship’s cat of HMS Amethyst and an honorary ‘Able Seacat.’

This is Simon’s Story 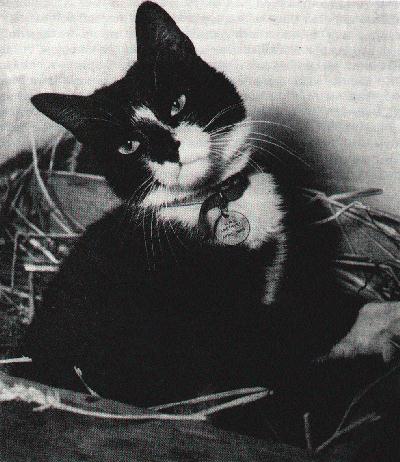 In April 1949, a British warship HMS Amethyst was sailing up the Yangtze River to reach the British Embassy at Nanking and generally minding its own business when a Chinese Communist gun battery opened fire on it, for no reason whatsoever.

As a result of the shelling the captain and many of the crew were killed and the devastated ship ran aground in the middle of the river.

Though badly wounded Simon the Seacat crawled on deck, and was immediately rushed to sickbay, where the ship’s surviving medical staff gently cleaned his burns, and carefully removed four pieces of shrapnel. Sadly Simon was so badly wounded that he wasn’t expected to last the night. Happily by some miracle he managed to survived. 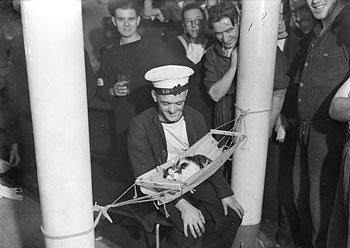 After a period of recovery, Simon returned to his former duties of rat catching with what seemed like renewed vigour the ship was overrun with hundreds of rats in keeping the rats down and generally dining what cats do best, being cute when they want to be Simon raised the morale of the crew. 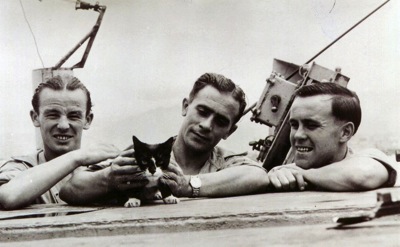 After being held hostage for 101 days, HMS Amethyst made a daring escape. Following the ship’s escape, Simon became celebrity, lauded in world’s media, and presented with the Dickin Medal (the animal Victoria Cross), for sustained gallantry in despatching Chinese rats (I like that bit tee hee), as well as a Blue Cross Medal, the Amethyst Campaign Medal, and the official appointment, by naval Command, to the (fanciful) rank of “Able Seacat.”

After the incident Simon was sent thousands of letters, so many in fact that he had to have a human appointed as “cat officer” to deal with his post.

At every port HMS Amethyst stopped at on its route home, Simon was presented with honours, and when the ship arrived home a very special welcome was made for him at Plymouth.

Simon was, however, like all animals entering the UK at that time, subject to quarantine regulations, and was immediately sent to an animal centre in Surrey. There, he sadly died in November 1949, from complications due to his wounds. He was approximately 2 years of age.

Hundreds of people, including HMS Amethyst’s entire crew, attended the brave Cat’s funeral. His gravestone bears the legend: ‘Throughout the Yangtze Incident, his behaviour was of the highest order.’

Simon’s final resting place is plot 281 of the PDSA’s pet cemetery in Ilford, Essex and is surrounded by animals like him, heroes. 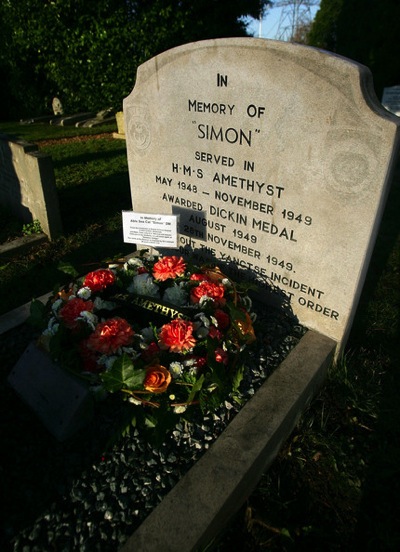 At sometime in the future we here at The Cat’s Diary hope to make an animated movie of Simon’s exploits.