Yes that’s right I called Nigeria a land of idiots and I jolly well meant it. Why? Well let me tell you a little story and see if you don’t agree with me!

Apparently Bull the cat has found himself homeless… for having the wrong sort of furry friends.

In a truly strange turn of events that’s gripped the small backward town of Lafia, Nigeria, a 7 year old Cat called Bull has been disowned by his owner for being ‘gay!’ Yes you read that correctly ‘gay!’ 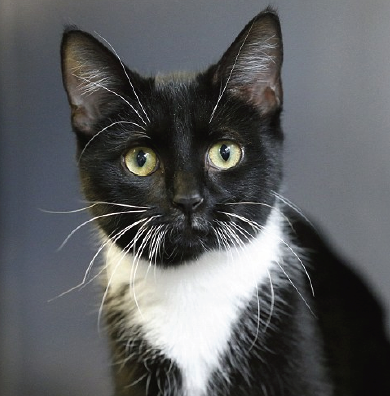 This long suffering Cat’s fool of an owner claims that he has engaged in ‘unnatural sexual behaviour,’ and that she has watched him making advances towards other male cats while ignoring females. (I wonder why she watches?)

Apparently Bull’s foolish owner said about him that his actions are “a contradiction of the laws of nature,” and after throwing him out said “anybody interested in this gay cat can have it because I have no further use of it.”

This Cat would like to know whether any Kitten in a litter of cats all look like the parents? And more importantly what was she expecting of Bill to have “have no further use of it.”

To date sadly no one has adopted Bull, they are all probably afraid of the Juju that an imaginary gay animal can effect upon them I expect.

Still sadly stupidity isn’t only confined to Nigeria! In 2013, a manx from Tennessee made an animal shelter take his dog and insisted that they put the poor critter (a word they use in Tennessee I believe) down after he suspected it of being gay.

Fortunately the poor dog found a new and happily more enlightened owner shortly before he was killed.

If you would like to know more about Lafia, Nigeria here are a few pictures of the citizens’ daily life, it appears that their hobbies include rioting and killing policemen who don’t belong to the ‘correct’ tribe! 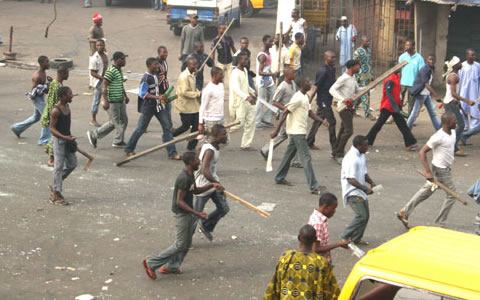 In March last year 10 people were injured and 3 vehicles burnt as drivers’ unions clash, yes that’s right just because some people belong to one union and others to a different one they take to the streets.