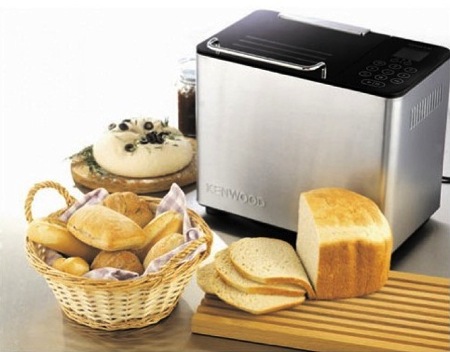 We are trendy we got a (Kewnwood) bread maker, ok we aren’t so trendy because millions of people around the world have bread makers, some run on electric like ours and some in parts of Africa are family members who bash the wheat to make flour and generally make a right palaver of the whole process. 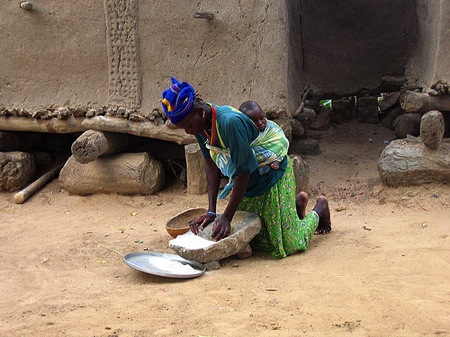 We did think that we were rather clever getting a bread maker which has the ability to act as some sort of alarm clock, you shove all of the ingredients into the bread pan, set a timer using school type (but still challenging) maths and then wait until morning when you are woken up several hours early with either a few odd mechanical sounds that suggest a burglar is using some sort of hi-tech instrument to break in or if you are lucky by the smell of fresh baked bread. 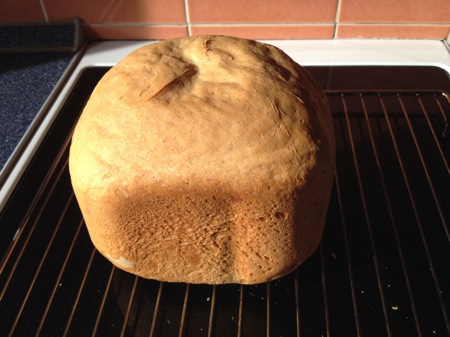 Although we haven’t as yet reached the scale of ‘miracle’ in Bethsaida Galilee, we have made a few loaves of bread now and each one has a little secret on its bottom sadly.

Every time we shake a new loaf out of the tin it was baked in there’s a hole in the bottom from the dough paddle mixer thingy which is a shame, and worse once the dough paddle mixer thingy was buried deep inside the hot loaf, which required some careful surgery with a bread knife to remove it, making several slices of the loaf look very odd and – and probably ‘holy’ enough to be used to help feed 5,000.

What a shame no bread maker manufacturer’s advertising shows this little problem just look at the carefully place loaf in the picture below. 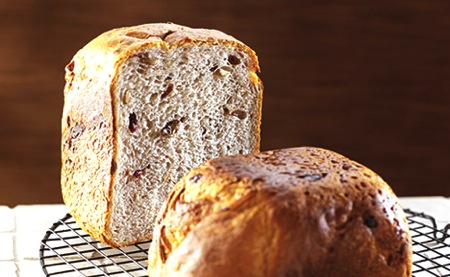