The last bit of the jigsaw was the painting of the white lines on the track and so they worked night and day to accomplish what really aught to be the easy bit!

Sadly when daylight and reason dawned just before the senior Communist Party leaders arrival someone had a “hang on there a moment’ moment, the lines showing the lanes on the track were painted at right angles. 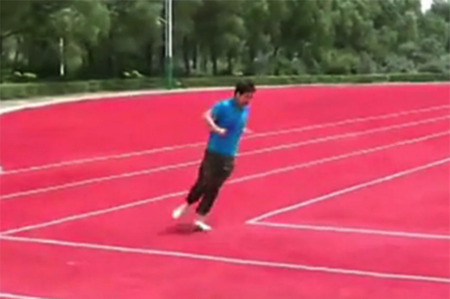 “Well it was faster than painting curves,” one official admitted.

Now we can all laugh at this but really and truly the British shouldn’t because every time that group of ‘ordinary’ people headed by the queen visit, the paint brush and so much more comes out in any town. Really those ‘ordinary’ people have no idea exactly what the country they live in looks like, but then it is rather difficult to see it when you spend most of your time in the sun when not visiting places where the paint has yet to dry.