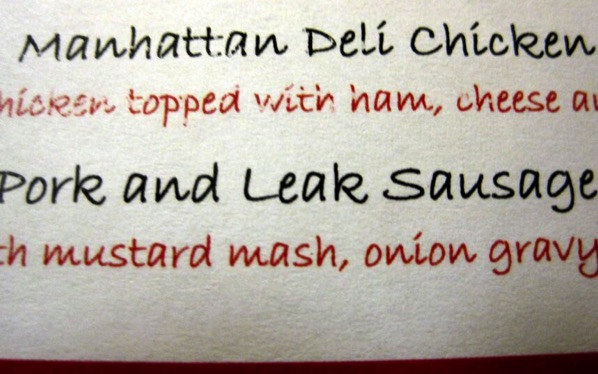 Oh dear, I love sausages but one that leaks, hmm no thanks. Having said that there used to be a Butchers in the High Street in Swanage, (nowhere near the centre of town and that bit only called a ‘High Street’ because it went up a hill, which I find delightfully confusing), called Stricklands who made their own sausages, stout things they were, which always burst in the pan and then while cooking turned the outer edge of the escaped sausagemeat into a crispy golden crunchy coating. Absolutely delicious.

Sadly, looking at a street map produced by one of those dreadful snooping cars, Stricklands have vanished and the shop’s place is a Barbers, it’s a strange place for a Barbers considering it is located so far from the centre of the town, but then it was an improbable location for a Butchers and they survived, no hang on they didn’t! But I think they had been around for nearly a century.