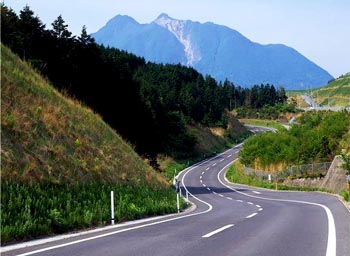 After seeing that someone had managed to sell a Toothpick that belonged to old Charlie Dickens of Christmas Carol fame (not the Muppet version I hasten to add) recently for $9,000, it started me thinking about what mementoes my true fans would buy from me.

Just think, Charlie Dickens is dead! And that Toothpick which someone bought had been used by him to pick his teeth with, though of course he would have done that when he was alive! I am not suggesting anything really awful here, just that the Toothpick had been dragged in between his yellowing molars rather often, oh wait a minute The Cat has to puke.

Sorry about that, where was I oh yes Charlies’ Toothpick ‘the bargain of the year.’ Well I have decided to take a leaf out of Charlies’ book, though not literally or even literary if you see what I mean! I think I do, even if no one else does! I have decided to sell some of my own treasured possessions.

So now you lucky fans you can choose from the following new or nearly new treasured possessions:-

My Flea Collar (used and modelled by the ‘lovely’ Larry). A Cat Collar with an elastic gusset which is supposed to help a Cat, in some way or the other, if it is dangling after being caught by a branch whilst the aforementioned Cat is tree climbing. But I have to say all it ever did for me was to make me bounce up and down as I dangled.

The Cat Collar is not modelled, in the picture below, by Roger, who simply bet me I wouldn’t include this picture of him!

The boy is a fool, now who looks like a complete buffoon and not only in this picture, Roger?

Incidentally I do apologise about the poor quality of the picture but Roger hit me on the head with the camera, though I don’t know why maybe I am losing my memory!

And finally of course my Cat nip flavoured mouse collection including poor Terry the small and very smelly Ginger Cat nip mouse. Sadly none of the other Cat nip mice will have anything to do with Ginger! It breaks your heart doesn’t it?

All of which, judging by the amount of money some fool paid for a used Toothpick, should raise a fortune, the bigger the better I say!

It almost goes without saying that the cash generate from the sale will come in handy. Christmas time is such an expensive time isn’t it? Buying presents empties the bank account almost as fast as a – well I was going to say bad banker – but frankly they all are bad aren’t they? If they weren’t bad we wouldn’t be in the deep doo doo we are in, would we?

Actually if you buy my wonderful book as a present for people who you really, really like and who deserve something really very special this Christmas then you won’t spend a fortune I promise.

The best place to get my amazing book is here of course Amazon.com and when you get it at Amazon.com you will have it delivered a long while before Christmas and that will save you trolling about in the shops fighting others for it and then having to carrying it home.