There are plans to combat climate change with a less gassy diet for cows because scientists believe that climate change can be slowed if farmers around the world change the diet of their livestock, whose feed crops, farting, belching and manure contribute a fifth of the planet’s greenhouse gas emissions.

I have to say that I have always thought that Cows were just a little – how can I put this? Er ‘earthy’ and now scientists have proved why Cows stand in fields with big smiles on their faces, they must be farting almost constantly to produce so much in the way of greenhouse gases.

Thank goodness that breeders never attempted to breed a ‘house Cow’ that is all I can say. 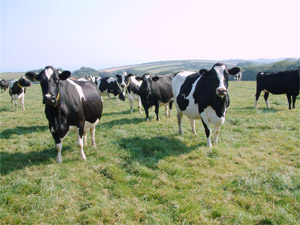