As the title correctly says for a lot of us it is time nearly to slide into some shiny Gore-Tex, sharpen our elbows and practice being rude to anyone who gets in our way as preparation for attacking the nearest ski slope! Or it would be if you are going skiing anywhere that caters for the British and German riff raft tourist.

The areas blighted by these ignorant ski slope bullies include most of France, Austria and Italy and unfortunately a lot of the slopes on the west coast of the US.

If you want a nice quiet ski without being knocked over by some idiot who believes that they can ski in-between breaking a leg then the best place to go is, in my case, ‘local.’

There is of course is yet another reason to go ‘local’ this year and that reason is that a lot of the ‘popular’ (and for ‘popular’ just substitute ‘cheap’ ski resorts where the skiing riff raff assemble to knock each other over on the slopes by day and drink each other under the table by night) don’t actually have any snow – something to do apparently with global warming.

Still never mind about the riff raff happily they won’t be skiing where I am going skiing this year or indeed where we took a little Winter hol at the begging of this year, as you can see from the picture below we went to Switzerland at the beginning of the year.

I have to say that Switzerland is a spooky place. While we were up in the Swiss Mountains we decided to take a tour of the many and various Cheese and Watch factories instead of skiing it is amazing what you will do when you get bored isn’t it?

Anyway we hopped on the Snow-Express which is the name for a little coach tour can you imagine our surprise at the name of the tour company? Well happily though of you who are hard of understanding and imagining don’t have to imagine actually or indeed to imagine too hard because it’s on the back of the bright red coach below. 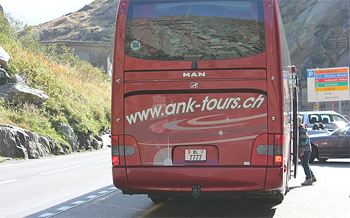 I have to say that after the unusual experience of our little wwwank-tour we felt rather glad to be back on the ski lifts the next day as you can imagine.

I have to say I love ski lifts, probably more than skiing, well you try skiing with four skis strapped to your feet! Skiing is hard enough to do when you just have the two! Although I don’t like the concept of snowboarding I’ve had a go a couple of times now and think that it’s really a way of getting down a snow covered mountain that was probably designed more for Cats to use than for humans. I took to it like a Duck to water.

So this year when I go skiing I won’t be getting someone to lug all of my skis to the slopes I will just get them to carry my snowboard instead. 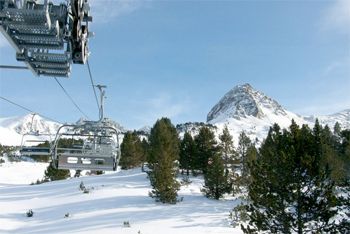 Although nothing to do with any of the above really, I mentioned that I was going off skiing in the New Year to Špindlerův Mlýn in the Krkonoše Mountains which is one of the highest and the most popular mountain ranges in Bohemia and indeed the Czech Republic’s best known ski areas and a nice group of Czech fans of The Cat who writes blogs made some Cat Cup Cakes just for me, aren’t they nice – the cup cakes and the fans! 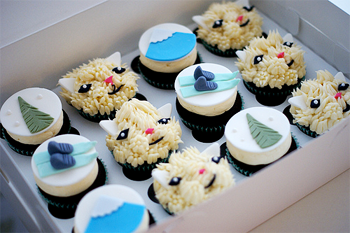