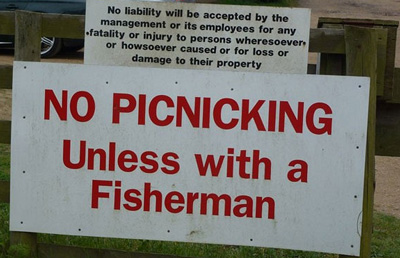 Seems a bit tough, I didn’t know that fishing was such an exclusive past time, I was wrong obviously!

In a contest that involves wit, brains, guile and of course good looks a Cat will always beat a Fisherman. 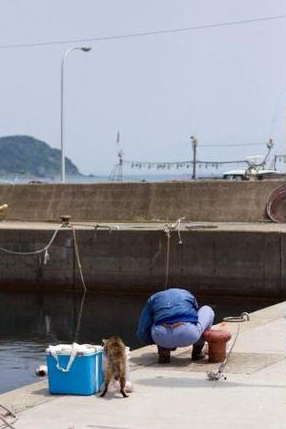 Very slowly, quietly and carefully the Cat does what cats do best, helps himself to something tasty and all while the idiot on the Quay is fiddling with his rod – mmh fishing terminology sounds just a little rude sometimes doesn’t it? But only if you don’t have pure thoughts. 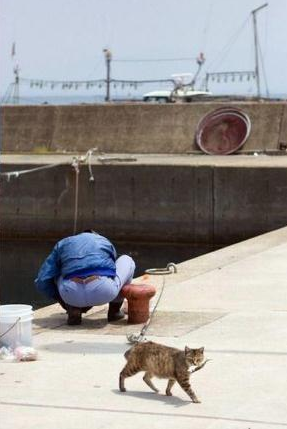 Which all goes to show that it isn’t only Dogs that drool while Cats rule is it!