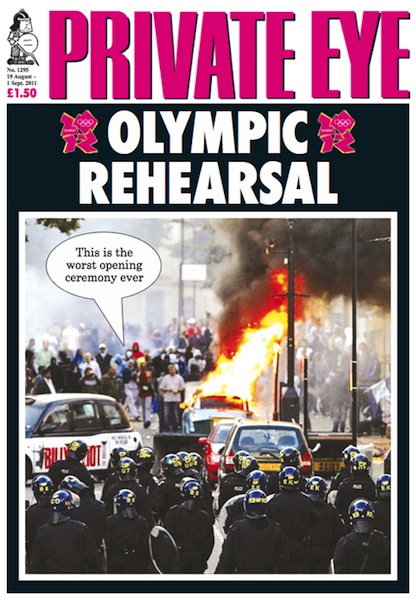 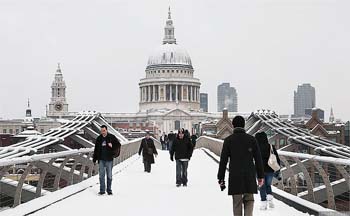 Sssh! Don’t say anything and never you mind about my disguise, and yes, before you ask this false beard is ticklish but I’ll tell you this not half as annoying as the false eyelashes or the padded bra – ok I have got my disguise mixed up a little but what I have to tell you is important and I’ve only got a minute – they’re after me!

The shocking photograph which came into my possession recently was secretly given to me by a ‘source’ at NASA knowing that I would publish it and not worry about the consequences because I know you would like to see what the Chinese are doing right now – well ok at the beginning of last month! And frankly I am too famous to become the main course at a Beijing restaurant aren’t I?

“In early October 2010, a high-pressure weather system settled over eastern China, and air pollution began to build up for nearly a week – which means that instead of flying off and poisoning the rest of the world the Chinese got a does of their own ‘medicine.’

By the 9th of October, China’s National Environmental Monitoring Centre declared air quality ‘poor’ to ‘hazardous’ around Beijing and in 11 eastern provinces.”

Apparently visibility was reduced to 100m in some areas (not a long way in good old fashioned non-metric measurement), and at least 32 people died in traffic accidents caused by the poor visibility, many more suffered with asthma and other respiratory problems.

The Ozone Monitoring Instrument on Nasa’s Aura satellite detected extremely high levels of aerosol particles (visible in the lower left of image so my contact said) and sulphur dioxide, from coal-fired power plants (lower right) on 8th of October. Apparently peak concentrations were six to eight times the norm for China, and 20 times the norm for the US.

So as well as making very poor quality products like say oh Mac Mini’s for instance and annoying famous Feline authors the Chinese are doing their best to kill us all with air pollution, just when we in the west are making things a little better bit by bit.

Nice to see that the US of A is looking clean these days (although could do better is on the school report I believe) what a shame we have to put up with the Chinese filth, their badly made products and worst of all their bellicose attitude to the rest of the world.

As of today we in the know are still waiting for China to say sorry that they are a bunch of nasty polluters and do something about this and worse we are waiting for charities like Greenpeace and the WWF to at least say something about this disgraceful and dangerous behaviour or even go out on a limb and actually criticise countries like China and of course those arch polluters in India, but they don’t they, like western governments these days handle them with kid gloves and don’t annoy them by doing something simple like oh I don’t know – tell the truth for a change!

So here is a little story I came across that happily has nothing to do with palestine, pollution, politics or the pesky royals, although I have to say that the Donkey in the story looks a lot like most of the female members of the house of Windsor, especially fat Fergie’s brood, and the really ‘harrowingly beautiful’ princess Anne and below is a picture of the Donkey likeness in question.

So why was the princess in the dress? Well that is simple this was a royal official picture, sorry “portrait” taken about 90 years ago and still used today.

Obviously that could be considered a little harsh but let’s face it farmers are, in the main, bastards and so this sort of behaviour is quite in character.

Well, the Donkey in the Well proved to be a credit to his stubborn and resilient race and as the farmer shovelled more and more earth into the Well (and of course over the Donkey) the Donkey just shook the earth off his back, sending the shovelfuls to the floor of the Well, then he stood on top of the earth that had fallen. And he kept doing that until he was able to climb out of the Well, kick the farmer and live a totally unfruitful life being too old to work and happily became a significant burden on the farmer, who couldn’t get rid of the Donkey because his time in the Well made him famous and modern society says that you mustn’t kill minor celebrities even on your own farm.

There is of course a moral for all of us here and that is to simply shake off everything that is thrown at us and then trample it under foot.

So The Cat says good on you Mr. Donkey! Sadly I don’t know his or indeed her name but if he or she were this Cat’s Donkey I would call him ‘Rex’ which I believe is a fine name and shouldn’t simply be confined for use on Dogs and Kings and should be used more often, especially on Donkeys.

Tomorrow I hope to bring you a great story about a Cat called Milly who is without a doubt a Cat after my own heart, till then dear reader Purrs and Noses.

Happily there weren’t any bodies in the bins today (see yesterday’s post for more gruesome details) just lots of sun shining out over Prague. Looking out of the window today you could actually see silvery traces of spider’s webs trailing down to the Spruce trees (the original Christmas trees).

Spruce trees are interesting because before hops was used to add flavour to beer they used to use the young shoots of the Spruce tree and it gives a very aromatic flavour apparently – there don’t say you don’t learn anything while reading this Cat’s blog, not that beer is of particular interest to this or other Cats I have to say which just goes to show hoe ‘giving’ I am just like Bono – the climate clown.

Speaking of Bono and climate clowns, I have to say sadly that when I looked out of the window today I did see a bluish grey haze which I imagine is pollution, not a good sign.

But in the defence of the cloud of pollution it was a sort of lyrical hazy blue pollution cloud and not the same as the one that sweats over London, is a sort of sulphurous yellow and is intent on giving children asthma and cutting up to nine years off the life span of the residents.

Did you see that the UK is going to be fined for the over pollution of their bit of planet, the problem is Bus and Taxi exhaust – well they got rid of the cars in London.

Don’t you agree that it is a shame that no one fines India and China as well because they can teach the world a thing or two about pollution, if nothing else.

Above is a picture of the pollution (on a good day – there are no floating dead cows/humans) at India’s most sacred river, the Ganges, goodness knows what the not so sacred rivers look like or are full of!

Well this didn’t turn out to be a very funny blog which is a shame I like to make my readers smile a little even if they don’t laugh out loud, which by the way is never a good thing to do in public especially if you are alone because people around you will think that you are a little mad.

Tomorrow I plan to add a blog that will make you laugh and so I will not look out of the window before I write it I promise and hopefully then I won’t be tempted to get on to the subject of pollution.

So tomorrow I think we should talk about fish, yes what fun, we haven’t talked about fish for a long time have we?

By the way does anyone know what U2’s ‘Bono the Climate Clown’s’ real name is? I bet it is Jeff but spelt Geoff don’t you? Do let me know if you know what his real name is and indeed if you like U2, not that I care of course I just like to hear from my readers.