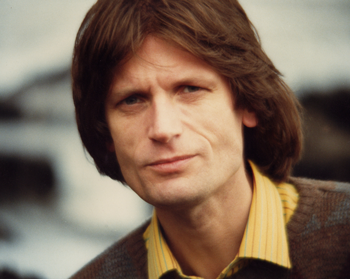 It is the 8th anniversary of the passing of my translator John Woodcock’s older brother Roger Woodcock, who as you may know was also uncle to the every lovely actress Jo Woodcock star of a number of films and television dramas.

Roger was not only one of the funniest people ever to have enthralled an audience, from the stage or in the centre of a group, he was also a marvellous writer, journalist and author. It has to be said here that without his help and inspiration none of my books would have been written/translated. Although sadly he wasn’t around when I wrote my first book I know that he worked with my translator on a number of TV projects over a long time. 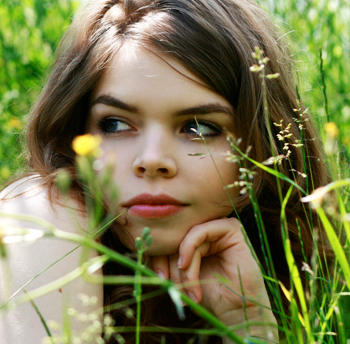 A lot of you will know Jo Woodcock, Roger’s niece from her appearances in ‘Tess of the d’Urbervilles,’ ‘Powder,’ ‘Torn,’ The Royal Shakespeare’s Theatre’s production of ‘Great Expectations’ and in so many more films and shows in the cinema and on TV.

It’s quite a family isn’t it? Small but talented! And this Cat is happy to be part of it, and as it is the Jubilee extended weekend bash, I suppose you could say I am a bit like the big diamond in the Woodcock Crown! Couldn’t you?

But that takes nothing away from Roger Woodcock who shone in his own right. One of the best stories I have heard about Roger was when he was in Hamburg in the late 1960’s, Germany doing some research for one of his many book on Ocean Liners. He was sitting having a coffee in a roof top coffee bar that over looked the very famous Blohm and Voss shipyard.

Of course we all should know that over the years Blohm and Voss have built a lot of ships for some very famous clients, loads of oily billionaires from Russian to Saudi Arabia and all ports in-between. Mind you there is one client who they don’t seem to mention in their corporate brochure these days and he is Herr Hitler, you know, the chap that led the Third Reich – a real song and dance.

Roger was sitting minding his own business rehearsing in his head the only German phrase he had committed to memory – “Entschuldigung, wo ist die Toilette?” which roughly translated means “Excuse me, where is the toilet?” A phrase that he knew would come in handy after several coffee’s or better still his preferred beverage several beers.

All of a sudden Roger’s train of thought was interrupted in the middle of the tongue twisting word ‘Entschuldigung,’ which he often remarked seemed to be a long and complicated way to simply say “excuse me,” by a rather heavily built Frau, who was apparently even more heavily built than most of the other Fraus who tend to block out the light in Hamburg.

For those of you who may not know German women are err… well let’s call them ‘statuesque’ to be polite, because although I didn’t mention them in my second book ‘The Cat’s Travelogue’ quite a lot of Germans have bought my first book “Getting Out Excerpts from a Cat’s Diary” and they too believe it is a “Meisterwerk der Literatur feline” mmh I wonder if that needs translating?

Oops sorry I seem to have veered off the point and we were so near to the joke – sorry. Now back to the roof top café with Roger and the fat German lady, who by now had transferred her stein of beer to his table and sat down.

“I see you are interested in the shipyard!” She said. “I work in Blohm and Voss, I’m a welder,” she continued with considerable pride. “We built the Bismarck, the most powerful battleship of the war” She boasted in a tone that only Angela Merkel has ever imitated. 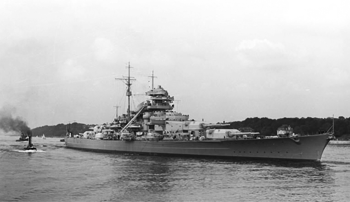 Roger who was not too pleased at being interrupted replied, “oh yes the Bismarck! I’m English, we sunk it!” A comment which apparently went down just like the Bismarck itself, slowly! Tee hee.

I wonder what Roger would have made of the sign below which I discovered on my last trip to Berlin? I have a feeling that he wouldn’t have been that interested in a tour of the toilets of Berlin, but he would have been delighted at the nonsense on the sign and the fact that after thirty years of practicing he would have been able to pronounce “toilette” perfectly in German and indeed many other useful words. 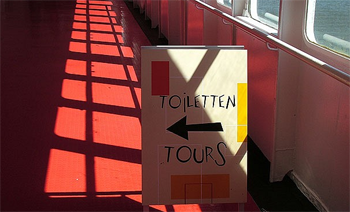 Hello to all of my cuddly readers. Today I have to fulfill a special request from my odd job man and occasional translator. The special request is to open up My Amazingly Readable Blog and www.wickedly wonderful website www.thecatsdiary.com for him to let you all know about a film that his daughter is in.

As Jo Woodcock is not only much better looking (not difficult I hear you say if you have seen the dreadful aforementioned Mr. Woodcock) she has more talent in her left paw – opps sorry foot – than Mr. W could ever pretend to possess or even after a herculean effort – muster. 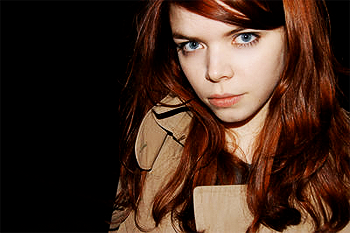 So because Jo Woodcock is going to be almost as famous as me your friendly neighbourhood genius and wonderfully talented Cat, I would like to present her latest movie (err… sorry… movie poster) the movie is called ‘Powder.’

Powder is a UK production and so will be out in the UK first on August 26th 2011 as you quaint humans call it. Actually its nice that a movie is premiering in the UK first for a change although it does mean that you nice folks over in the land where you spell ‘colour’ this way – ‘color’ will have to wait for the release or better still buy it as soon as you can on www.Amazon.com, thereby avoiding listening to people in the cinema eating popcorn, slurping Slurpees, and generally being annoying humans.

Actually I have had a really brilliant idea – the only question is why am I surprised?

If you haven’t ordered recently a copy of my wonderful book ‘Getting Out Excerpts from a Cat’s Diary’ you could order another copy at the same time when you visit www.Amazon.com. You can get a copy of my book here of course Amazon.com but then you probably know that by now don’t you. 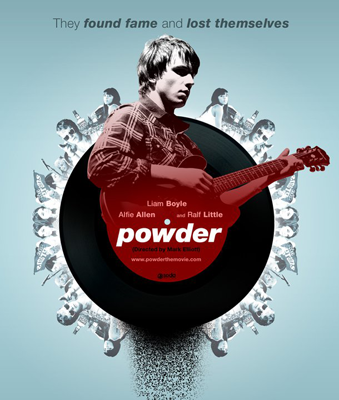 If you’re interested you can read just a little bit more (and I mean that) here Powder the Movie or if you prefer to not to use links here – http://www.sodapictures.com/cinema/177. As a bit of an occasional gossip I can give you a choice snippet of information that you won’t find anywhere and that is that the ‘hunk’ on the poster is Jo’s co-star and in real life – boyfriend. He is the very talented Liam Boyle though of course I’ll leave you humans to decide upon his ‘hunkiness’ you all look the same to Cats and that isn’t helped by the fact that you all tend to be one colour or another and not piebald, skewbald, black and white, tortoise shell and other glorious Cat colours.

If you want to see more of Jo Woodcock and discover what other productions she has acted in, then the natural place to drop by would be jowoodcock.com and again if you don’t like links just type this into the old ‘puter http://jowoodcock.com.

So being a wonderful Cat and general ‘feline humanitarian’ if that isn’t too much for you to get your head around I have done my good turn for the day and made a crazed old translator very happy and rightly too he is a proud father, happily he is a proud father of someone who he can be proud of.

Mmh should I invent a new word for what I have done? Why not – I am a ‘felineitarian’ oh dear that doesn’t sound right does it? Unless of course we all practice saying ‘felineitarian’ every day for a month and then decided whether ‘felineitarian’ is a good enough word to qualify for an entry into the wonderful and ever trustworthy dictionary that is Collins Dictionary.

Obviously ‘felineitarian’ could easily make it into the Webster’s Dictionary or the ever dreadful ‘Encarta’ but then both of those dictionaries are crammed full of misspelt words that no respectable dictionary would ever consider including.