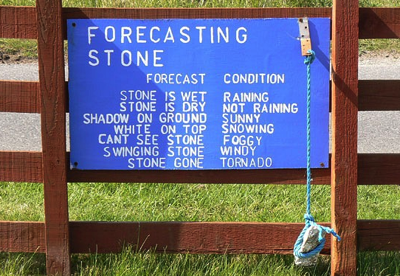 I have to say that this is one of the most accurate weather forecasting systems I have ever seen, and happy to announce that currently there haven’t been any tornados in the Outer Hebrides.

Now here is a selection of cold meat that Captain James T. Kirk of the USS Enterprise would appreciate. But would a whining Scottish engineer spoil his enjoyment of his cold meat selection and tell him “it’s no good Captain I can’nay hold me cold meat platter, it’s the wrong antimatter selection.” I bet he would.

They say that some of the finest engineers who have ever lived and got grease all over their hands have come from Scotland and that is marvellous. What a shame that the Scots have such a whiny voice and unfortunate accent as demonstrated hundreds of times in Star Trek and other movies where engines were about to blow and their engineers were unreformed Kilt wearers!

As you know I like to add a nice picture here and there when I can, I think it makes a special blog written by a very intelligent, handsome and generous Cat – no me silly – look so much nicer don’t you?

So imagine my dilemma – which I can hardly spell – let alone want to suffer – when I wanted to tell you just how warm and sticky I feel today lying in the bright hot sunshine.

Now Cats don’t, as a rule, sweat! It is a well known fact that unfortunately Dave the Cat has never heard of, but that is because he is completely deaf when he wears his darn hat, then again if he didn’t wear that darn hat he probably wouldn’t sweat would he darn Cat?

Anyway I think that I have been infected with ‘Daveitis’ because lying in the window today on top of the red sofa (a capital offence I heard somewhere but who cares?) I have started to develop ‘clarty fur!’

What do you mean you have no idea what clarty fur is? Well clarty fur is the best way I know of to describe what has happened to the fur under my neck, and indeed under ‘me’ well where the bits of me that touch the red sofa that is!

My nice sleek clean fur is all matted and stuck together and that is ‘clarty,’ the word ‘clarty’ is believe it or not a West Country (probably Devonian) expression for stuff that has clotted or matted together, both mud and cream can be ‘clarty’ and when you lick one it tastes awful, but when you lick the other it is heavenly – promise.

Here is a warning – no not about licking cream that isn’t a creamy colour, it is about the word ‘clarty’ please don’t confuse the West Country definition with the Scottish version, the red headed idiots across the border use the word ‘clarty’ to describe dirt, especially if that dirt is filthy and disgusting, now just imagine licking Scottish Clarty Cream – ugh!

Mind you, the Scottish definition could be used to describe what the fur is like under Dave the Cat’s hat and unfortunately under yours truly, what a shame it is that Cat’s lick themselves clean, well in the main Cat’s lick themselves clean, Dave the Cat says that he gave up licking himself clean for ‘Lent’ being a good Christian Cat that is (news to me of course), then he added that he has one small problem, he doesn’t know when Lent ends and doesn’t want to incur the wrath of the Almighty and lick himself prematurely.

Yes Dave the Cat is quite mad, what on earth would the Almighty and I am sure he is referring to the ‘almighty’ Oprah Winfrey here do to him for forgetting to wash? Apart from chat showing him to death of course!

Did anyone see that Bono’s investment company lost $140 million big ones after investing in Palm the phone and unpopular gadget people now that HP has bought them, I laughed, it couldn’t happen to a nice big head could it?

Still I can’t say too much here at the moment and that is because I have just emailed Bono asking if he can give me $550 million (oops that typo again, why do I type two noughts after the five and it comes out like this 550 – I suppose it is just self worth kicking in!) to emancipate me from this feline slavery that I find myself uncomfortably trapped in.

Mind you the slavery has its up side, I am now writing and singing Spirituals, my rhythm seems to have improved greatly, I am wearing a lot of Gingham and considering writing a TV series about my Roots!