I hate it. You are on holiday somewhere like Tunisia or Morocco, where they seem to have invented pick pocketing and you spend your entire day holding your wallet in your trouser pocket or your pocketbook close to your chest and you go back to your hotel to relax only to encounter another load of crooks hoping to fleece you, oh sorry I mean another load of “amiable” people hoping to sell you stuff that not only you don’t want but will fall apart in your hotel room. 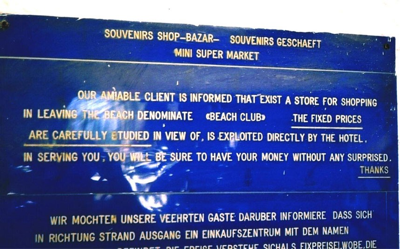 “You will be sure to have your money without any surprised. Thanks”

Can anyone tell me what this reassurance means? 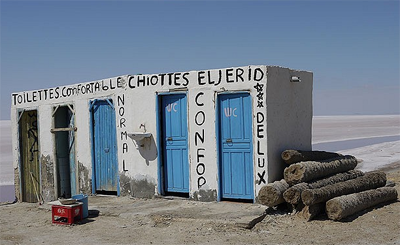